The Molly for 2011 is accepting entries! Get your first 30 pages and 5 page synopsis to the category coordinator. Single Title & Romantic Suspense to Lesli Lent at STMolly@hodrw.com or RSMolly@hodrw.com. Historicals & Contemporary to Grace Larralde at MollyCoordinator@hodrw.com. Paranormal/TimeTravel, & Young Adult to Sarah Wright at Molly@hodrw.com. Deadline is May 15, 2011.

Molly Contest for Unpublished Writers is held by the Heart of Denver Romance Writers every year. (Above is the information from their Facebook.) It seems that this year I will be involved as a judge. 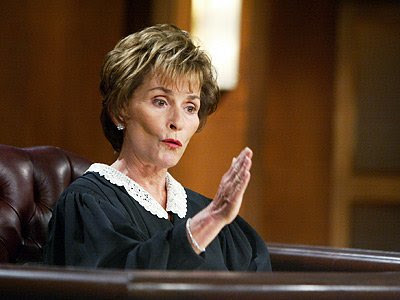 For fantasy fans, there is a 50-page preview of Naomi Novik's CRUCIBLE OF GOLD now available from the publisher.

Love this series so much. Really wish I were the agent on these but I'm just a fan. I want a dragon of my own. The first in the series is HIS MAJESTY'S DRAGON if you haven't read it. I highly recommend!
Posted by esc_key at 6:15 PM 1 comment:

Writing is rewriting. Does anyone know who originated that phrase? Because it's so true.

I'm doing revisions with a couple different authors right now. It can be very hard for some people. But other people love it. Certainly, if you work with me, you're going to have to learn to love it. Although I don't think I could ever be an editor, I do rather enjoy the creative aspect of this business. I want things I send out to be as polished as possible before a real editor sees them.
Posted by esc_key at 1:10 PM 1 comment:

Emily Keyes: What's In a Name?

I'm told it's kind of hard to find me online.

My name is pretty common, but also there is a more famous Emily Keyes. Sadly, she's known for being killed too young. Originally, when I started with Lori I was going by EK (which is how I sign my emails sometimes) because I'd hate for people searching for the charity inspired by the other Emily to find me instead and be frustrated. Taking away donations from a charity would be very bad karma points, I'm sure.

I have business cards that say ES Keyes. Unfortunately, those are my sister Elizabeth's initials as well so that confused my Mom. Plus, if someone yelled "ES!" on the street, I would not turn around.

I found a happy medium with my twitter handle @esc_key. I was raised Catholic and my Confirmation Name was Catherine (after St. Catherine of Siena). I used this initial to differentiate myself from my sister. Then I realized ESC KEY is a key on every keyboard. I loved it. Thought it was hilarious. (My Dad told me it was lame. What's he know?)

Escape. I'd love to escape sometimes. Wouldn't it be cool if we could just hit an ESC key and find ourselves somewhere else? (Maybe that is what books are for. Hmm. Will think more on this.)

So my blog name is officially ESCKeyes. (Someone already had the esc_key handle, darn them.)

... and now you know way too much about how I chose my blog name. But, hey, check out that charity if you get a chance.
Posted by esc_key at 2:20 PM 5 comments:

The SF site reviewed DOC VOODOO: ACES & EIGHTS today. I'm so excited that Mr. Brazil said the only thing wrong with the book was the cover (hey, it's a small publisher; it happens). Hopefully Dale's next book will have a bigger publisher. *fingers crossed*

If it sounds like  DOC VOODOO is up your alley, you can get it on Amazon!
Posted by esc_key at 11:25 AM No comments:

If anyone out there is looking for me (unless you're a stalker, then don't read this), there are a few conferences I will be at in the upcoming months.

If you're a conference planner and interested in having me, please email me about it.
Posted by esc_key at 6:00 PM No comments:

Getting some really good queries lately. I need to find more time in the day to read the partials/fulls.

One time-sucker I could do without is when people reply to my rejections like that was the go-ahead to ask me lots of questions and beg me to reconsider. I try to be nice! I know it's hard to put yourself out there. But no is no.

I really don't want to start replying to queries with, "LOL NO" but if I do, you'll know what happened.

In celebration of my new blog--and since I can't think of anything to post about today--I am giving away ONE free copy of RIGHT HAND MAGIC by Nancy A. Collins.

Like most Manhattanites, aspiring artist Tate can't resist a good rental deal-even if it's in the city's strangest neighborhood, Golgotham, where for centuries werewolves, centaurs, and countless other creatures have roamed the streets.

Her new landlord is a sorcerer name Hexe, who is determined to build his reputation without using dark, left-hand magic. As Tate is drawn into Hexe's fascinating world, they both find that the right hand does not always know what the left hand is doing-and avoiding darkness is no easy trick...

"[Collins] does an excellent job of bringing Golgotham and its unusual occupants vividly to life, yet grounding the story in reality. Compelling characters and dangerous drama add up to dynamic and exciting fun!"
-Romantic Times

*Please US residents only.

Most of my favorite books are books I read when I was a kid. That's why I really want to work with young adult and middle grade books. I think they are the most important books in a person's life. I can remember exactly what happens in all my ratty LJ Smith books, but if you ask me what happened in something I read a  year ago, I'd be hard pressed to tell you.

When I applied for colleges, one of the questions they would ask in interviews was "What is your favorite book?" or something similar. I knew they wanted me to say something literary and explain why Shakespeare had changed my life (To be fair, Shakespeare did change by life but not until I was already in college.) But I just couldn't do it. I would always name a young adult book that I was fond of. Sometimes the interviewer would look at me funny. Sometimes they'd smile because I'm sure most applicants lied through their teeth.

I think one of them wanted a book that touched us emotionally and I selected "WHERE THE RED FERN GROWS" because, damn, that book made me cry for hours. The dogs, you guys, the dogs! The memories of this are kind of hazy.

I've loved these type of books all my life. It makes me very upset to see a query for a young adult novel from someone saying they used to write adult fiction but did YA because they thought it'd be "easier." It's not easier. It's just different. And if you're not going to take it seriously, then I can't take you seriously.
Posted by esc_key at 3:51 PM 4 comments:

Email ThisBlogThis!Share to TwitterShare to FacebookShare to Pinterest
This is my industry blog. I don't know that I'll ever use it. I already have Twitter, Facebook, Tumblr, Livejournal and a whole bunch of others that I rarely use. But all the cool kids are doing it. I'm not if not susceptible to peer pressure.

A little about me: My name is Emily. I work at the L. Perkins Agency. I do contracts and foreign rights there. But I am also trying to create a client base  for myself (it is difficult). Before this, I worked at Simon & Schuster in the contracts department. Yes, I know what all that crazy language means. I used to work at "The World Almanac" so I am good at trivia. And I am a graduate of the NYU publishing program.

Please follow me on Twitter if you are so inclined. My handle is @esc_key. It's like a joke, if you're not too fussy. Though, in my defense, those are my initials!